[2022] How to Fake GPS Location on Samsung Phones?

Samsung users often pose many queries about fake GPS for their phones, especially while playing games AR games like Pokemon.Gamers usually want such software to fake their actual location while playing a game online. The good news is that this is, in fact, possible if you have an Android device like Samsung.

Part 1: What is a Fake GPS Software?

1.1: Are there reliable fake GPS Software?

A fake GPS app makes use of the location provided by the app rather than using the GPS location recorded by your phone’s GPS receiver. In other words, fake GPS software allows the user to select and display their own choice of location while playing online AR games, which acts as the active location of the user and not their real location. Some examples of Samsung fake GPS software are given below.

iMyFone AnyTo is one of the very few fake location Samsung software that can be used to fake your GPS location on Samsung. Some of the striking features of this app are as follows.

1. You can change your Samsung phone’s GPS location to any place in the world.

2. You can carefully plan your location route on a map through which you would be moving at a customized speed.

3. This software works very well with apps based on location like Tinder, AR game apps, etc.

4. You can use this software to change the location on any iOS device and most Android devices.

If you want to use the fake GPS by iMyFone AnyTo, follow the steps given below.

Install the program on your computer, launch it, and click on “Get Started” from the main interface.

Connect your Samsung device to the computer.

Identify your device and then enable USB debugging on your phone by following the on-screen instructions.

Select a mode based on your preference.

This mode works only for Pokemon Go gaming accessories. Once you get the popup window saying you are all set, you can log?in to your game.

This mode will work on almost all the popular location-based apps like Facebook, Google Map, WhatsApp, etc. You will need to install the assistant on this.

You can now change the location on any app or game according to your convenience. 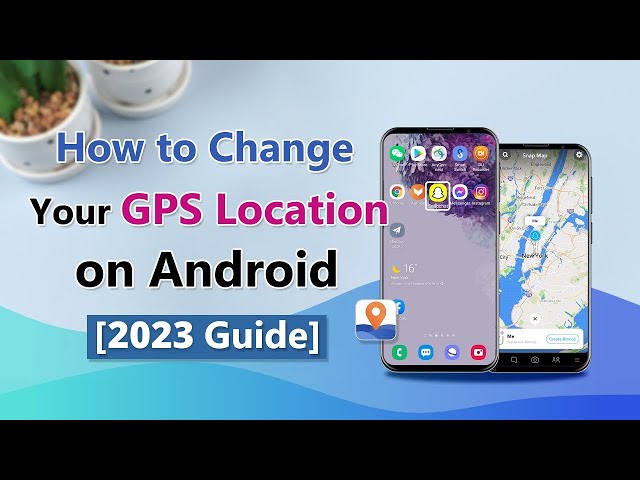 Some special features that set apart iMyFone AnyTo from other fake GPS location Samsung software are given below.

While using this software under the Multi-spot mode, the program automatically asks permission to set a circle route when the starting point and ending point are nearby. If you select “Yes”, the starting and endpoint will get aligned, and if you select “No”, the exact coordinates will be retained by the endpoint.

In this mode, the moving speed gets randomly varied in the lower or upper 30% of the speed range selected by you. This speed variation can be seen every 5 seconds.

If “Times” is more than “1”, you can choose to return or loop on the route to repeat it.

If you wish to collect the route, select the Star icon while creating the multi-spot route. You can view the collected routes under “Saved Routes”.

Part 4: Tips to Use iMyFone AnyTo

Although this is a great software to fake the GPS location, you need to be mindful about a few things.

Yes, fake GPS software does work to help you in faking your location on several location-based apps. They give out fake location information on the app in which it is being used instead of the real active location given by your phone GPS.

2. Can the fake gps location function be used in airplane mode?

3. Do I need to jailbreak to use this software?

The best part about iMyFone AnyTo is that you do not have to jailbreak your Android device to use it.

4. Is this also available on other Android devices?

Yes, iMyFone AnyTo can be used on almost all Android devices running on Android 5.0 and later.