Some Info and Tips about Glastrier You may Interest

Pokemon Go is an AR game that has been increasingly popular among gaming enthusiasts these days. If you are someone who is obsessed with this game, you would be aware of the fact that there are a few new legendaries introduced in Crown Tundra including Glastrier.

Want to know what glastrier is and how you can get it on Pokemon Go? Find out about it right here!

Glastrier is an ice-type Pokemon considered to be one of the legendary Pokemons introduced in Generation 8. This Pokemon can be found in Crown Tundra, and it does not evolve from and to any Pokemon. However, when the “Reins of Unity” is used, it can fuse with Calyrex to transform into Rider Calyrex. 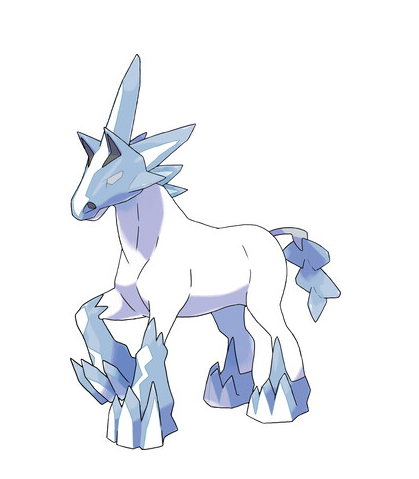 An equine Pokemon, Glastrier, can be seen to have a white coat along with light-blue ice that covers its entire body. The mane of this Pokemon can be seen in the form of ice spikes. These spikes can be seen for three rows right behind its neck and two huge ones behind its ears.

This is connected to the ice mask that covers the face of the Pokemon on the left side. Glastrier has white eyes with absolutely no pupils. It has a very thin tail which is completely covered in ice and has four ice spikes coming out from its sides.

Glastrier is an ice-type Pokemon which would typically mean that its defense mechanism is pretty weak since ice-type Pokemons have bad base stats. However, in the case of Glastrier, it is a very powerful and bulky Pokemon. The ability of Glastrier Pokemon is Chilling Neigh, which improves its attack stat whenever it successfully knocks a Pokemon out.

As you can see from the above stats of Pokemon Glastrier, it is specifically made for “Trick Room” which lets it move first in a battle. It can absorb several hits and be bulky since it has amazing HP and defense stats. With the massive attack stat, Glastrier possesses raw physical power. This makes it difficult for the opponent to get rid of Glastrier.

Due to the high potential of Glastrier Pokemon, when you pick an EV spread, you will have several options.

As for Glastrier’s nature, you would want one that reduces the speed.

For more power, you can pick the Brave nature, which would increase attack but reduce speed.

If you would rather go for defence, you can pick Relaxed nature, and you can choose the Sassy nature for special defence.

How to Get Glastrier?

Pokemon Glastrier and Spectrier are the two steeds of Calyrex, which bonds in the questline of Legendary Clue 1. Out of these two steeds of Calyrex, you can obtain only one as a part of the story. This would depend on which area you pick to plant all the carrot seeds you have. If you wish to obtain Glastrier, you will have to start by obtaining the carrot seeds. Go to Freezington and look for an old man tending to all the crops at the center of this area. You can trade your 8 Dynite Ore to get carrot seeds from him.

Claytrex will then tell you that you will have to plant these special carrot seeds in some soil. Depending on which place you plant these seeds, you will acquire one of the two steeds of Calyrex. To summon Glastrier, you will need an Iceroot Carrot which can be acquired by planting the carrot seeds at Snowside Slope’s frozen soil. You can find Snowside Slope at the northern end of Giant’s Bed. Head towards the ruins to find the frozen soil.

Because of the key item, Reins of Unity, Calyrex would mount the steed of your choice, which is Glastrier, by default.

How to Catch More Glastrier in Pokemon Go? 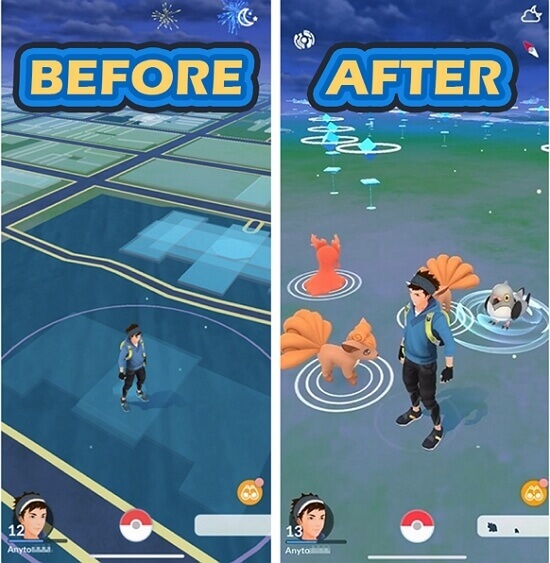 In Pokemon Go, you can catch only the Pokemons that would be in your vicinity. You can only acquire a few types of Pokemons this way. However, if you wish to broaden your horizons and catch Pokemon from other parts of the world, you will need to change your GPS location. You can do this by taking the help of a good location changer app like iMyFone AnyTo. This is an incredible software which can be used to mock the location on AR games like Pokemon Go through your iOS or Android phone. It comes packed with amazing location changer features which can help you in your quest to acquire more Glastrier in Pokemon Go.

Some Common Problems about Pokemon Glastrier

1. Which is better, Glastrier or Spectrier?

There are many tips that can help you in getting 0 speed Glastrier. One of the most useful tips is you need to save just before the battle of Calytrex. You would have to catch Glastrier when it is in the state of fusion with deer. Before the battle, you need to leave two slots open. Next, you have to throw the master ball at the start of the battle and save time.

3. Can you get both Glastrier and Spectrier?

Technically you cannot do this. However, if you have both these Pokemons on different accounts, you can do it. First, put Glastrier from one account in a box and then transfer this to your main account from the home section from the box.

Pokemon Go is an increasingly popular game in today’s era. Glastrier Pokemon shield is an incredible Pokemon whose worth is known by any gaming enthusiast who plays Pokemon Go. This article gives you detailed information about what Glastrier is and how you can get it. We recommend that you use iMyFone AnyTo if you wish to acquire more Glastriers by mocking your current location.