Dracovish is a fossil Pokemon which is a hybrid possessing the DNA from both Draco-mizer and Unkleo-vish. It was first recreated by Galar native Cara Liss and introduced in Dracovish Pokemon Sword and Shield for the Nintendo Switch. 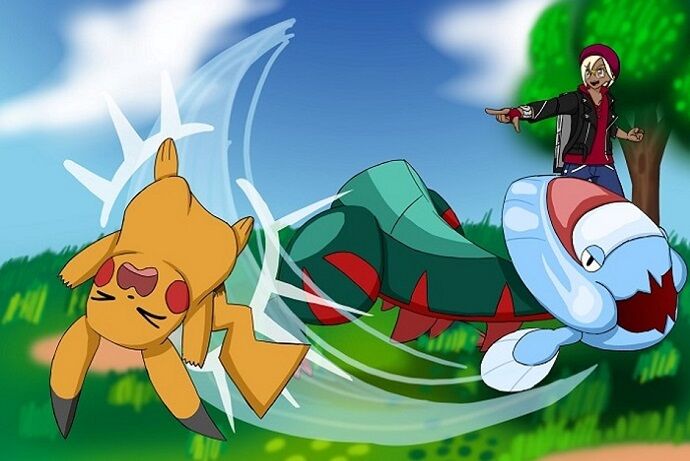 Let's learn more about it!

Dracovish has the legs and tail of Dracomizer, while the head and respiratory system are inherited from Unkleovish.It is very swift due to the lack of most of Dracomizer's bulk. However,they require aquatic environment to survive as they cannot breathe on earth.

Moreover,getting Dracovish Pokemon is far more complicated than other Pokemon. This is because it cannot breed because of being a fossil. So, the only option to get hold of this pokemon is to get lots of Fossils and keep making new ones until they have enough IVs. 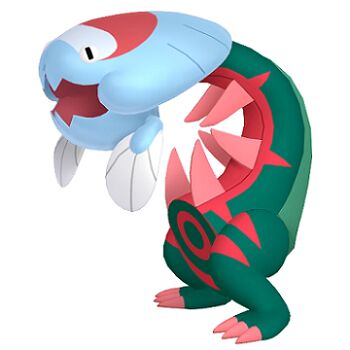 As we already discussed, Dracovish Pokémon is a hybrid fossil. Physically, it is a combination of a fish and a dino fossil. The head is a fish fossil, while the tail and green with two pink stripes back legs are from dino fossils. Dracovish Pokémon's head is roughly circular with a rounded triangular red and white plate on the top between the eyes. It has three sharp teeth and round eyes with black rectangular pupils. Two fins also protrude from the bottom of the jaw.

Dracovish Pokemon have strong jaws and legs. This results in an incredible speed of 40 miles per hour, but its aquatic nature means its head cannot breathe without being submerged in water.

Shiny fossilized Dracovish in Pokémon Sword and Shield are restored. You have a one in 2048 chance of finding a shiny Dracovish if the number of battles is over 50. It gets more manageable if you have battled over 500 of the same Pokemon, where the chances are one in 682. 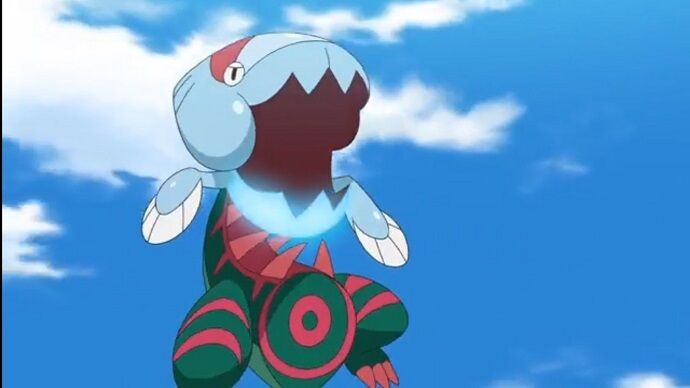 Fishious Rend is Dracovish's signature and the most substantial STAB move. It effectively has 382 base powers. If the Dracovish goes first, it can be doubled in power. To go first, it needs the Choice Scarf and the increased Speed. 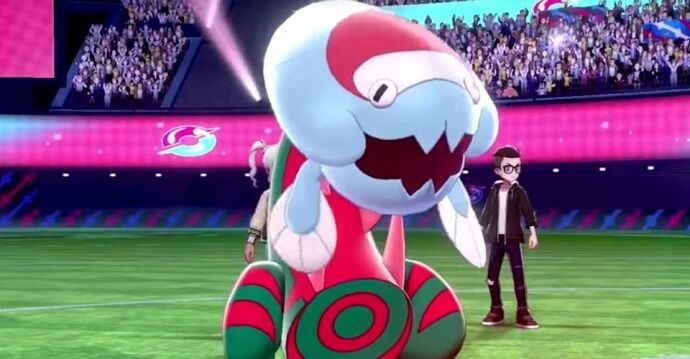 Dracovish’s bite moves are compelling, thanks to its strong jaws. Crunch is also a super-powerful biting move in the Dark-type. As a result, it is capable of lowering the target's speed numbers. However, it is essential to remember that Choice Scarf allows only one move, so it is recommended to be careful.

The last move that we are discussing here is the Earthquake. This is great to give coverage and high attack power. However, Earthquake is a devastating attack that can take out Electric types and damage every target Pokemon.

Part 2: The Best IVs for Dracovish in Pokemon Sword and Shield 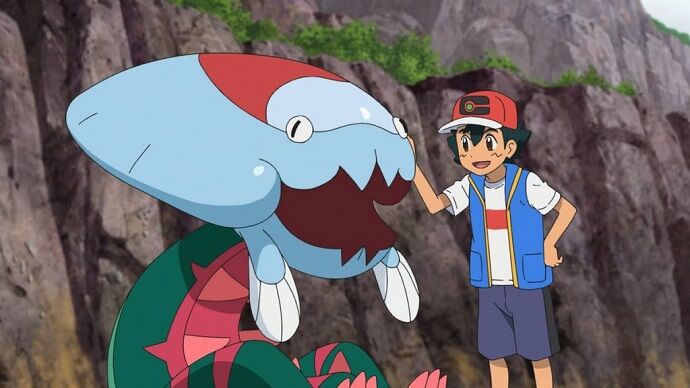 A full 31 IVs for Attack is excellent; however, a Dracovish Pokemon doesn’t need too many Attack IVs. Dracovish is fine till it doesn’t have a nature that lowers Attack.

If you are having trouble getting through the Battle Tower, try giving Pokemon Dracovish a Choice Scarf. Choice Scarf raises the Speed of the Pokemon holding it.

Part 3: Where to Find Dracovish and Shiny Dracovish 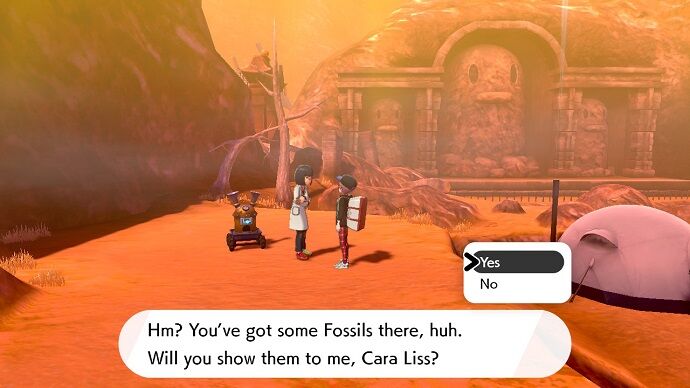 You can find the less common fossil types from an NPC at the Pokémon Center at Stow-in-Side. You can also collect random fossils by paying the Digging Duo at Bridge Field, but it will be expensive.

Part 4: How to Catch Dracovish

As exciting as Dracovish might sound, sadly, you can't encounter it in the Wild Area or Raids. In fact, you cannot even trade for it, so what choice do we have? Yes, the scientist, aka the fossil lady at Route 6. 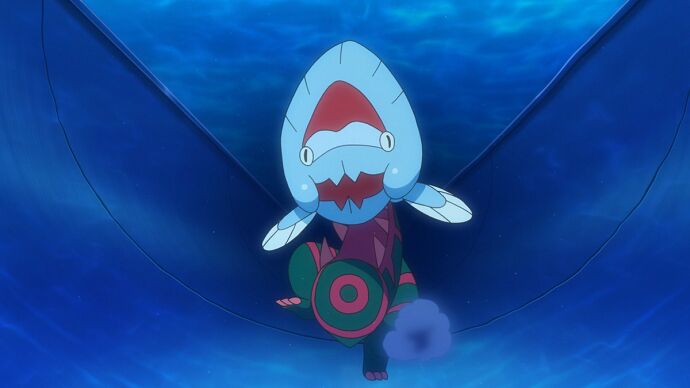 After getting your precious Fossilized Fish and Fossilized Drake, contact the Fossil lady. Now, imagine your power with a base Defense stat of 100, Attack stat of 90, and HP of 90. You are a powerhouse and can devastate the opponents.

Part 5: How to Use Dracovish in Pokemon Sword and Shield 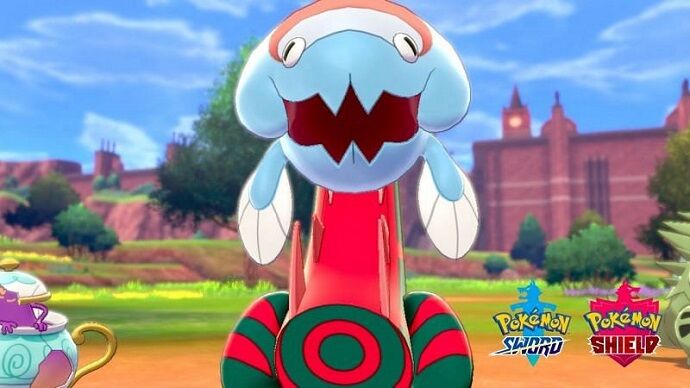 The best strategy to use Darcovish in Pokemon Sword and Shield is to utilize a critical strength of this Pokemon. Its strength lies in the fact that its power is doubled if it attacks first or if the target switches during the turn. Thus, it can give a Dracovish a whooping 170 base power attack.

This dual power can also be increased further by the same type of attack bonus as a Water-type and the Ability Strong Jaw if your Dracovish has it. Remember that even a resisted Fishious Rend is far more potent than the other attacks Dracovish has under its belt.

High risk and higher reward strategy give Dracovish a Choice Band and then supports it with moves including Sticky Web in Single Battles or Tailwind in Double Battles.

Unfortunately, getting Dracovish Pokemon is much more complex than getting other Pokemon. The reason being that is Dracovish is made of fossil, so it cannot be bred. So, how do you get it then? Well, your only option is to get a lot of fossils and then make new fossils to have a considerable IV account.