The issue of iPad getting stuck on the start screen with the Apple logo is a very common one and has been faced by many iPad users. It becomes very frustrating if you do not know how to get out of this problem as you are locked out of your iPad and you basically won’t be able to access any of the contents stored in it. There are four simple and quick ways in which this problem of iPad stuck on Apple logo can be solved and fixed and these methods are discussed in details below.

Most of the methods involved in fixing the issue of iPad stuck on Apple screen would involve the iPad getting restored to factory settings and all your data being lost if not backed up. To avoid such a scenario, you can use the highly recommended method of fixing this issue which is by using the software iMyFone Fixppo. This software has the capability to effectively fix many other technical glitches on your iPad or any other iOS device and all of this without any form of data loss. Follow the steps below to know how to fix the problem of iPad being stuck on Apple logo screen.

Step 1: Download, install and launch iMyFone Fixppo software on your PC/Mac. From the main interface, select the first option “Standard Mode” and click on it.

Step 2: Connect your iPad to PC/Mac using a USB cable and click on “Next”. If your connected iPad is not detected, follow the steps which are displayed on the screen to put your iPad in DFU or Recovery Mode.

Step 4: Once the firmware is downloaded successfully, click on “Start” to fix the issue of your iPad. Step 5: This software will then begin the repairing process. Just wait patiently till the process finishes and your iPad will go back to normal.

This way your iPad frozen on Apple logo will be fixed quickly without the loss of any data!

Apart from the above mentioned method, there are several other ways in which you can fix the iPad stuck on Apple screen issue. But keep in mind; these are not a sure-shot method that guarantees success. It might work in some cases. Nevertheless, these ways are mentioned below.

One of the first ways which you must try for fixing any technical issue in iPad is by force restarting the device. Follow the steps below to know how to force restart iPad to fix iPad stuck on Apple logo.

Step 1: Press the Sleep/Wake button on your iPad and hold it.

Step 2: Simultaneously press the Home button and hold it.

Step 3: Hold these buttons for at least 10 seconds till the Apple logo appears on the screen. This is the safest way to fix the issue of iPad screen being stuck. You won’t lose any data during the process.

2.2 Use Recovery Mode to Fix iPad Stuck On Apple Logo

Another way to fix the issue of iPad frozen on Apple screen is by restoring the iPad by going into Recovery Mode through iTunes. This can be done by following the steps below.

Step 1: Launch iTunes on your PC/Mac, and connect your iPad to it by using a USB cable.

Step 2: Press the Sleep/Wake button and the Home button on your iPad and keep holding these two buttons for about 10 seconds till “Connect to iTunes” appears on the screen.

Step 3: iTunes would have detected your iPad by now, this shows that your iPad is in Recovery Mode.

Step 4: To continue with the restore process to fix the iPad screen stuck issue, click on “OK”.

Step 5: Click on “Restore” and then on “Restore and Update” to confirm the restore.

It will take a few minutes and after that your iPad will be restored with the help of iTunes and the iPad screen stuck on Apple logo would have been solved.

2.3 Use DFU Mode To Fix Apple Logo On iPad

You can fix the above mentioned issue by putting your iPad into DFU mode and then restoring it using iTunes. You can do this by following the steps below.

Step 1: Plug in your iPad using a USB cable to your PC/Mac and launch iTunes on it.

Step 2: Turn off your iPad if you already have not turned it off.

Step 4: If the screen goes blank you can understand that the iPad has gone into DFU mode, but it will still be detected on iTunes in Recovery Mode. Step 5: Now, simply tap Restore (like in the above method) when prompted.

You can now restore your iPad through iTunes which would fix the issue of your iPad screen being stuck on Apple logo.

These above methods prove very useful in fixing the issue of your iPad screen being stuck on Apple logo. If you want to know which method should you choose, the tablet below can help you understand better.

Out of all the methods mentioned above, the one using iMyFone Fixppo software is the best and the most recommended one as this software effectively fixes the issue without the loss of any data from your iPad. This software is very effective in fixing other technical issues like ios stuck issues, frozen errors; crashes etc in iOS devices as well and hence is a very useful tool. Go for it! 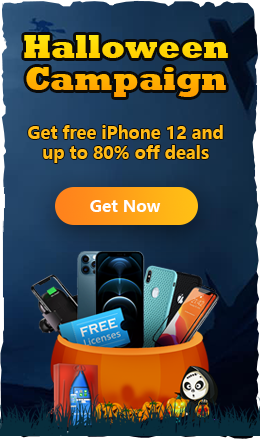