Since Apple initially released the iPhone smartphone in 2007, people have been talking about "jailbreaking" their devices. If you're anything like many people who own smartphones, you've probably heard the term before but have no idea what it means. Continue reading to find out what jailbreaking truly is, if it is something you must consider for your device or ought not to be doing, and what the implications are for protecting your iPhone.

Part 1: Everything You Should Know about Jailbreaking

The term "jailbreaking" refers to the process of unlocking the root privileges of an iOS device, such as an iPhone, and eliminating any software limitations that the smartphone's maker, Apple, purposefully installed. But it begs the question of why Apple would knowingly prevent consumers from utilizing items in the manner they choose.

There are a variety of factors in play, some of which are not designed to maximize customer satisfaction. In general, the built-in software limits that are present on an iPhone or iPad are focused on the security of the users, legal safeguards, and of course, profit because Apple generates revenue from all App Store purchases.

The phrase "privilege escalation" is used in the more technical description of jailbreaking. Making use of a weakness, defect, or problem in the layout of a system in order to achieve a higher degree of user privilege is an example of privilege escalation. To put it simply, it's a backdoor that may be used to leverage a weakness in the way that the program or operating software of a device is constructed. And this is likely the primary reason Apple doesn't look favorably upon the practice of jailbreaking.

2 The Benefits of Jailbreak

Among the most probable causes of jailbreaking an iOS device include gaining access to exciting customization options, simple file transfer, and workarounds for restrictive carrier policies. Here are the few benefits of Jailbreak.

Yes, but in 2009, Apple said that it was unlawful, but they never brought a legal challenge to back up their allegation in court. The confusion around the legislation was finally resolved the year after. Because of a loophole in the Digital Millennium Copyright Act, rooting and jailbreaking mobile devices have been perfectly acceptable in the US since the year 2010. Every 3 years, Congress conducts an assessment of the legislation, and in 2015, legislators decided that jailbreaking tablets and smartwatches should no longer be illegal.

Apple discourages users from jailbreaking their iPhones in the strongest possible terms. Apple warns that getting your phone jailbroken increases, the chance of your device crashing, freezing, and losing information concerning many risks. There is a possibility that the battery capacity of the phone may decrease, and the data and voice transmissions on the smartphone may become unstable, resulting in lost calls and delayed connectivity. There is a possibility that built-in services, like iCloud, iMessage, FaceTime, etc., could encounter interruptions, and you might just have problems syncing data between different platforms. In addition, you probably wouldn't be able to install any new iOS upgrades, notably security fixes, which will make your device an easier target for cyberattacks.

Part 2: What are the Types of Jailbreak

There are four types of jailbreaks available:

The ultimate goal of all jailbreaks might be said to be untethered jailbreaks. They just want the vulnerability to be used once, whether through a PC, an app, or a site. Your smartphone will then be completely jailbroken and won't need any more steps. Even if you reset a device, the exploit will still be there.

The most common kind of Jailbreak in recent times has been semi-untethered. An exploit must be run when you reboot or switch off your smartphone with this kind of Jailbreak. The exploit is activated using an application on the phone, which is how the Jailbreak operates.

Jailbreak in this form is momentary. If you attach your phone to a PC to remove the Jailbreak before turning it on, you may reboot your smartphone after it has been turned off. Whenever you power off your smartphone, you must install this Jailbreak.

Part 3: How to Jailbreak Locked/Disabled Devices on iOS 14.2

The below-mentioned files are required in order to jailbreak iOS devices on a Windows computer:

Checkra1n and the Terminal application should both be launched on your Mac.

Learn How to Jailbreak iOS Device on Windows if you are using Windows.

Followed by dragging the "MacOS" directory into the Command screen, type "cd" in the Command window's text field.

You may find the MacOS directory in the "Contents" folder by going to Finder > Applications > Checkra1n, right-clicking "Checkra1n," and then looking for it there.

As soon as the text "this is the real big set up" comes, swiftly hit each of the buttons that are listed further down on the page to place the phone into the Diagnostic Mode.

The following is the procedure to follow in order to enter the Diagnostic Mode on your device:

After completing this step, you will see the message "All Done", and you will go to the next level.

Start the MinaUSB tool, and then choose "Patch USB Restrict" from the menu. Please be patient and wait for the program to indicate that it was successful.

Step 3. Complete the Jailbreak by Using the Official Checkra1n 0.12.0 Version.

Now start the official version of Checkra1n, which is 0.12.0. Continue to follow the standard set of steps until the jailbreaking process is finished.

The iCloud lock places extra limitations on your iPhone even after you've effectively jailbroken it. You still have to connect your device. This procedure is best handled by iMyFone iBypasser, an iCloud Activation lock bypass tool. The software first determines if your smartphone has previously been jailbroken before beginning the activating lock bypass procedure.

How to Remove iCloud Activation Lock?

Now, watch the video to learn how to remove/bypass icloud activation lock on iPhone/iPad/iPod Touch. 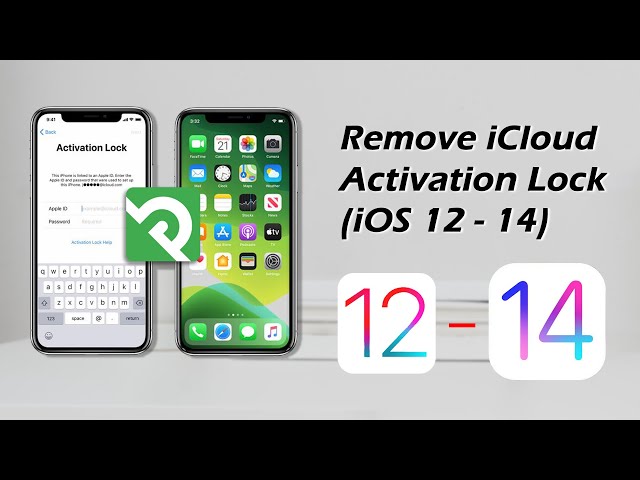 Step 1. Download and launch iMyFone iBypasser on your computer. Click "Start" and connect your iPhone/iPad/iPod touch to the computer with a USB cable.

Step 2. The program will start downloading a package which helps you jailbreak your iPhone.

Wait a minute, the iCloud activation lock will be successfully bypassed.

By "jailbreaking" an iPhone, you give yourself the ability to exercise full control over the device. With the help of the iMyFone iBypasser activation lock bypass software, you will have no trouble at all jailbreaking an iPhone that is protected by iCloud and using Checkra1n to go around the activation lock.