When Apple releases a new iOS version, it always comes with some new features that attracted lost of iPhone users. Again with a new iOS update - iOS 16, a lot of people start getting stuck with issues or minor bugs which makes them unable to complete the installations of the newest update. There are users who have found themselves in a problem where they get a messages saying "unable to install update an error occurred installing iOS 16".

This article will bring a light on this matter and will offer some solutions to resolve the issue. Therefore, if you're unable to install iOS 16 update on iPhone, you can try the tips given below and get the issue fixed by yourself.

5 Tips to Fix "Unable to Install Update of iOS 16：

Being unable to install update when upgrading to iOS 16 can be caused by not enough iPhone storage. In other words, when you get errors while updating to the newest iOS, it can be a hint that your devices storage is not sufficient for the process completion.

Hence our first suggestion will be to check it by heading to Settings > General > iPhone Storage. Since the upgrading process really takes some space, if you're not having enough space, you will end up with incomplete and erroneous update issue.

If storage is enough after cleaning the space, you're still not able to install update on iPhone for the message Unable to Install Update Sn Error Occurred Installing iOS 16, you can try this tip. It says to remove the downloaded firmware and then try to upgrade to iOS version again. There steps go like this:

Not only storage is the culprit. When your device says, "unable to install update an error occurred installing iOS 16, chances are that the network connection is not good." Therefore, make sure to check it and switch to the stable Wi-Fi connection when experiencing such issue. You can try with another iPhone, or reset network settings if the other iPhone works fine.

Believe it or not, forcing restart the device is always a sensible step when your iPhone stuck with such issues. And hence, we would suggest you to follow the steps of force restart when you become unable to install update when upgrading to iOS 16. The steps for different devices are as follows:

When you are having iPhone 7 and 7 Plus:

If you're a user of 7 series of iPhone, make sure to press the Volume Down and Power buttons simultaneously for nearly 8-10 seconds. Stop pressing the buttons when you see Apple logo on the screen.

When you are having iPhone 6 and earlier models:

Press the Home button and Power button at the same time and wait for nearly 10 seconds. You can release the buttons when you see the Apple logo arising on your device's screen.

If you still fail to install the update on your iPhone due to the error message unable to install update an error occurred installing iOS 16, you should try iMyFone Fixppo iOS System Recovery which is a highly recommended tool designed to fix wide range of iOS issues without any loss of data. Also, it will Here is the step-by-step guide to get the newest version when you're unable to install iOS 16 update on iPhone using the usual method. 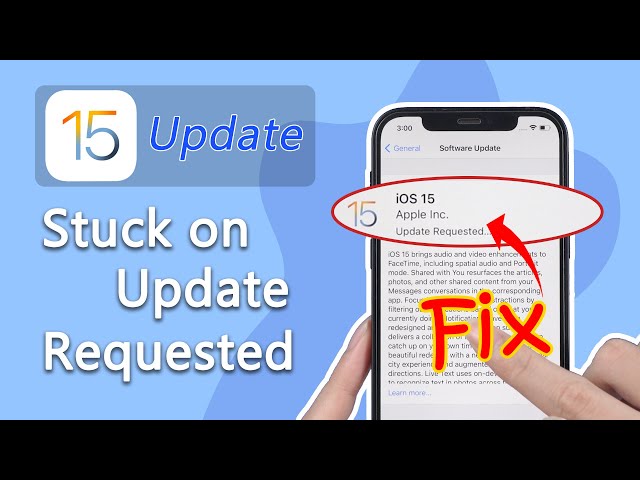 Step 1 Download the Program & Install It in Your PC

Launch it now and connect your iPhone to the PC using a lightening cable. Once the iPhone is plugged in, select the 'Standard Mode' from the three modes present on the screen.

When your device's firmware is downloaded, you need to click on Start to Fix button and follow the instructions on screen. Wait for a short while now and you can then use your device with the new update iOS 16.

This tool updates your iPhone to iOS 16 in a different way from "over the air" method. Therefore it can perfectly avoid any error you might meet on your devices. For its high efficiency, it is recommended by many famous media sites shown below. Why not download it to have a try?

Today, We provided the article with the purpose of helping you to get rid of the problem when unabled to install update an error occurred installing iOS 16. iMyFone Fixppo can fix this issue perfectly. If you have missed any of those, please let us know, and we'll be glad to help..