The game combines RPG with combat and fighting gameplay. It features Disney and Pixar characters. It’s a popular role playing game. Disney Mirrorverse is now available worldwide and can be downloaded for free on the App Store or Google Play and contains in-app purchases.

Part 1. How to Play Disney Mirrorverse on PC with Emulators?

BlueStacks is a well-known mobile gaming emulator for computers. You can use it to play your Android mobile games on a PC. If you have an iPhone, you are only allowed to play the Android version of the game.

How to Stream Disney Mirrorverse to PC in Real-Time?

If you want to live stream your game from your mobile phone to a PC, you can use iMyFone MirrorTo. It’s the best screen mirroring app for you. It has a user-friendly interface and is very easy to use.

Video tutorials on how to record Disney Mirrorverse on PC with iMyFone MirrorTo: 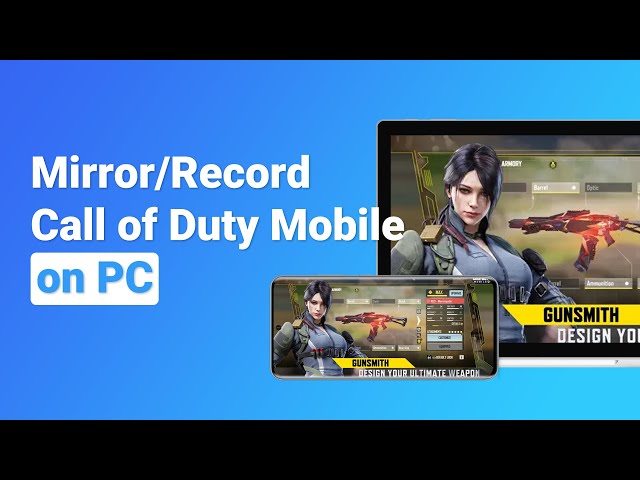 You may also want to know

How to Run Android App on PC without Using an Emulator?

How to Use Tiktok on PC (Windows, Mac)?

[Full Guide] How to Mirror iPhone to Windows PC/Laptop

LDPlayer is another easy-to-use emulator for you to play Disney Mirrorverse on PC. It offers a high level of performance for your games.

MEmu Play offers many mobile games in it. It has fast speed and a stable connection. You are allowed to enjoy the mobile game on a PC with it easily.

NoxPlayer is also an Android emulator that many people use to play mobile games on the computer. You can try it to play Disney Mirrorverse on your PC.

KOPlayer is another great choice for you if you want to play mobile games on a PC. It has powerful features as well as other emulators so that you can enjoy the games very much with it.

GameLoop is an Android emulator used by many game lovers. It is produced by Tencent Gaming. It has powerful features and a stable connection. It’s also worth trying.

Marvel Strike Force is a turn-based role-playing mobile game. The background of this game is that the Earth has fallen under siege by sinister forces led by Ultimus. You need to combat them. You can get characters given by the game at first and via gameplay in the form of shards.

Age of Magic is also a turn-based RPG. It’s about legions of epic heroes fighting on the remnants of an ancient magical world. The characters also need you to collect in the gameplay.

There are some chapters to act. Each chapter can be played in two modes: normal and heroic. You can play the latter mode after completing the former one.

DC Legends is a mobile game based on the characters of DC comics. It’s an online game with multiplayer.

There are several types of missions that you can complete in the game to earn rewards. You can create or join a team then you will become stronger in the battle.

Dissidia Final Fantasy Opera Omnia is a turn-based combat with the unique Bravery system. It features legendary heroes and villains in a story of powerful deities and a world in peril.

1 How to install Disney Mirrorverse on a computer?

Disney Mirrorverse is not available for Windows PC/Mac. It only has an Android/iOS version. You can play it on your PC with the Android emulators introduced above, but you are only allowed to play the Android version with emulators.

Yes, it’s free to play on Android and iOS.

3 How to play Disney Mirrorverse better?

Disney Mirrorverse is interesting to play on your mobile phone. If you want to play Disney Mirrorverse on your computer, you should get help with Android emulators. You can use iMyFone MirrorTo to share your screen with others while you are gaming. It’s very interesting, right? Try it now to enjoy your game.